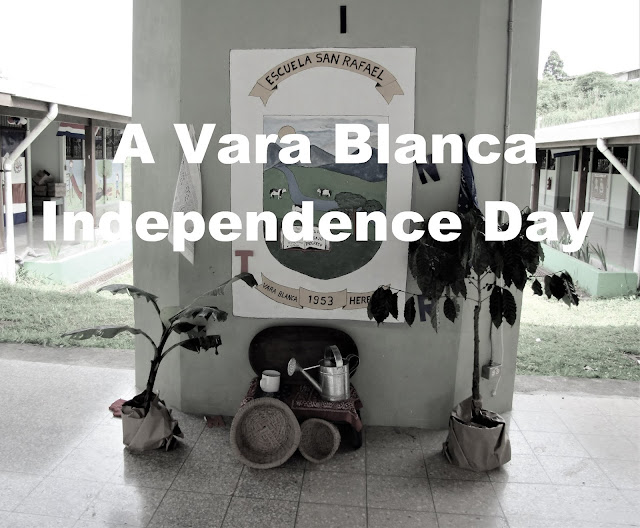 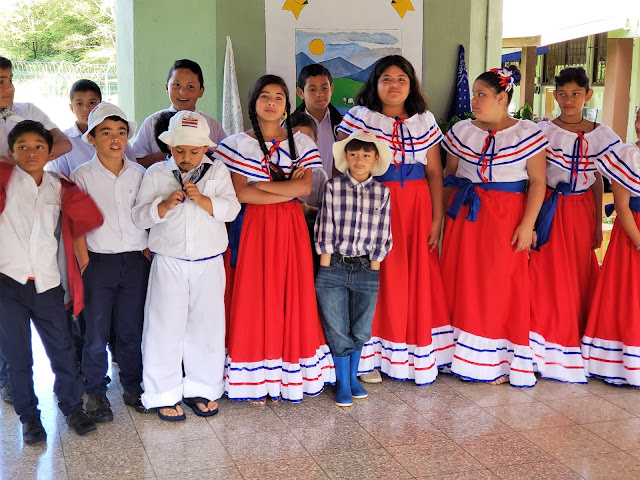 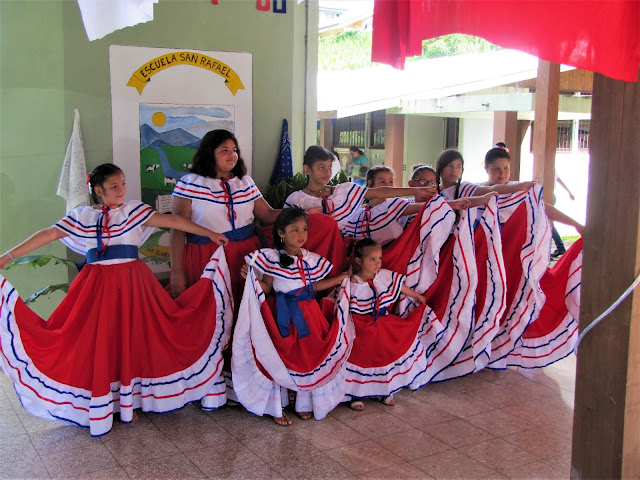 The Independence Day celebrations started off with the arrival of the torch.  After having been lit on September 9th in Guatemala, had been carried by foot through Honduras, El Salvador, Nicaragua, ending in Costa Rica on the 14th, and had made its way by students running a part of the flame to the local school. 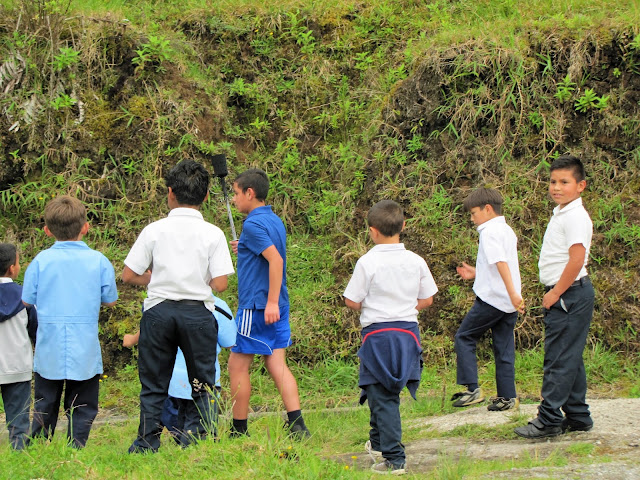 Following the arrival of the torch the students presented their Faroles, lanterns, lit by small electric candles.  Most were made of household materials and represented everything from cars to houses; some being extremely extravagant.  Each student had the chance to show off their lantern before it went up against others in a vote for the best design.  Those voted the best design were rewarded a gift, but all students received a prize in the end. 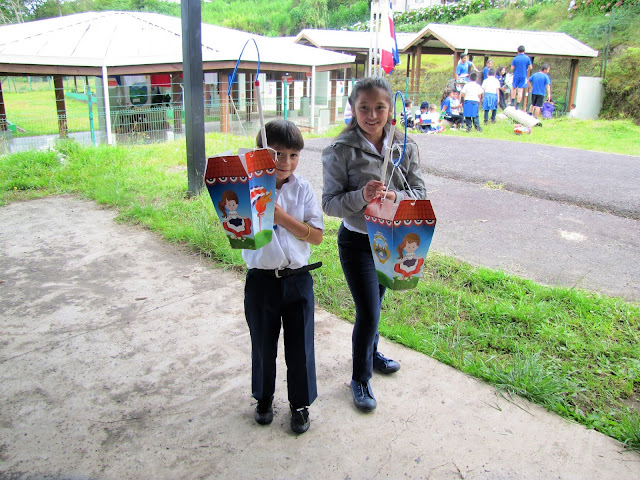 The following day, the community came together again at the school to watch the students perform.  Dressed in traditional clothing, with some of the boy students dawning drawn on mustaches and beards, the students sang, recited speeches, and danced. 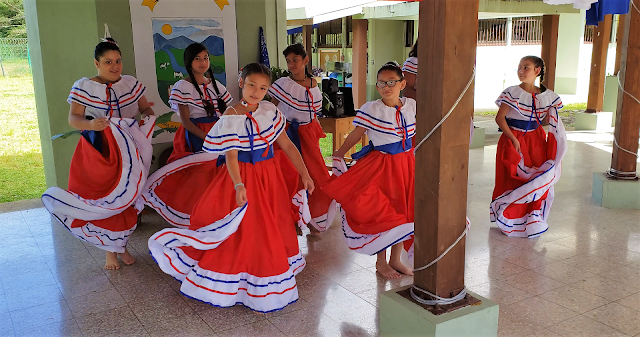 I have experienced Independence Day celebrations in a number of countries, but unsure what to expect from Costa Rica; and more so from Vara Blanca.  I have to say that it was a real glimmer of light.  Vara Blanca may not have had a big extravaganza, like you might see other places, but it was a true show of Costa Rican heritage, patriotism, and, most importantly, community.  Vara Blanca, like the torch run, showed a symbolizing touch of unity.