It’s been just over six months since my time in Costa Rica with ADE—and for me, those months have been a whirlwind of transition. In May, I was wrapping up my degrees in English and Sustainability Studies at Messiah College in central Pennsylvania. I spoke at baccalaureate on May 12th, walked for graduation on May 13th, and boarded a plane to San Jose two days later.

It seems foolish in retrospect, but I was not excited to travel to Central America that Monday morning. I had just completed my yearlong senior thesis, was in the final stages of planning my June wedding, and eager to join my fiancé in Colorado at the backpacking basecamp where we would work the summer and have our wedding. After a weekend of celebrating with my family, the prospect of saying goodbye, and diving into one last class, was frustrating at best.

Thankfully, I discovered that ADE was not just another requirement. Yes, we memorized plant families, learned about agricultural systems, and wrestled with the role of missions in development work. But this was no class.

This was life. This was the kingdom. 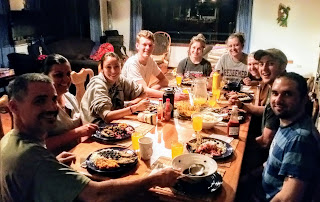 When a pair of Quetzals crashed into a porch window, breaking their necks and dying moments later, we did not analytically discuss species endangerment. We grieved as Matthew and Tomas held their bodies. Together, we mourned the loss of two precious lives.

When, a few minutes later, a young girl was wounded in a bike crash across the street, this was not news. This was our neighbor. We earnestly prayed for her healing and visited her with heavy hearts.

I don’t mean to be dramatic. I hate when people discuss their three-week trips abroad as if they, and they alone, experienced some transcendent cultural bond, when all they did was go on vacation.  But on the other hand, I want to be clear, our time with ADE was genuinely different. We were not just tourists. We were students. And more importantly, for however brief time, we were neighbors.

Eugene Peterson’s paraphrase of John 1:14 is one of the most beautiful and challenging pieces of language I have ever encountered.

“The Word became flesh and blood,
and moved into the neighborhood.”

This is the gospel. And for three (too brief) weeks in May, a handful of North American college students were given a chance to practice this. 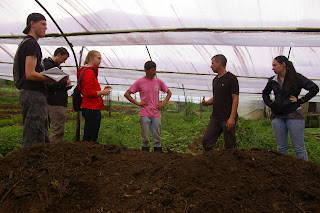 We read books, visited research facilities, agricultural sites, homesteads, and libraries. But, led by Tomas, Angela, and Dr. E., we did so as co-creators of the kingdom of heaven.

My mailing address has changed five times in the past year, and as I struggle to learn what it means to meaningfully care for a land that is not my home, my mind is continually drawn back to a sermon I heard in Colorado a few months after returning from Costa Rica.

The 29th chapter of the book of Jeremiah is a letter from the prophet to the elders of those exiled in Babylon. Their 70-year removal from Israel, the pastor shared, is not-at-all coincidentally the exact number of years of Sabbath rest the Israelites owed their homeland after exploiting the earth for security and profit for five centuries.

Removed from all that is familiar, and longing to return to Jerusalem, the word that comes to these exiles is this:

“Build houses and live in them; plant gardens and eat their produce.  Take wives and have sons and daughters; take wives for your sons, and give your daughters in marriage, that they may bear sons and daughters; multiply there, and do not decrease. But seek the welfare of the city where I have sent you into exile, and pray to the Lord on its behalf, for in its welfare you will find your welfare.”

God does not call these people, who have forgotten the rules of shalom, to anxiously wait out their punishment. He calls them to move into the neighborhood. “Seek the welfare of the city . . . for in its welfare you will find your welfare.”

I did not hear these words until I returned, but when I reflect on my time in Costa Rica, this is what I learned. We are all exiles, and the call of our Creator is not to waste our lives pining for the City of Peace, but rather to bring peace to the city in which we find ourselves.

The regenerative agricultural models we studied, the plants whose names we learned, the men and women who spoke truth to us, the sweat we shed—they were not for a grade or a transcript. They were shaping us. Reminding us that peace is not the absence of conflict, but the hard, slow labor of cultivating spiritual, relational, and ecological flourishing.

I miss waking up early and running the winding hills of Poas. I miss cramming into a sweaty van for yet another road trip and all the conversations it will hold. And boy, do I miss fresh Costa Rican coffee.

But I do not miss San Rafael de Vara Blanca, because as I type this, my hands are smudged with dirt from the fava beans I spent the afternoon tending, and my heart is full of prayers of thanksgiving for my Costa Rican family.

I do not miss San Rafael de Vara Blanca, that little glimpse of heaven, because as I learned there, shalom is a calling, not a location. And 4,500 miles away, in the suburbs of Tacoma, Washington, I too am building a City of Peace. 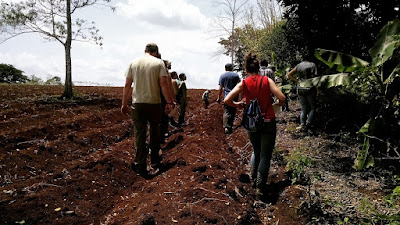