Our second year of high school began on February 10, 2011! This year we have 18 students in grades 7-11, twice as many students as last year. We also have two new teachers, Ben and Frances, who arrived in Costa Rica in January. We now have five teachers:

We are excited to be able to use the Vara Blanca Salón Comunal (community center) free of charge for our classes this year. The Salón sustained slight damage during the earthquake and we are working with the students and the community to make some repairs and improvements. The plan is for the Salón to eventually house Vara Blanca’s first public library as well as an internet café and educational classes for adults (English, computers, etc.).

The second day of school we divided the students into three groups. We gave each group a pile of random junk and asked them to work together to build a tower that represented their group in some way.  Here are some pictures of their work: 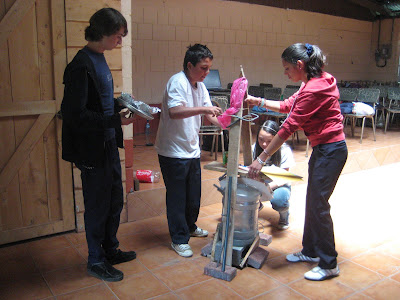 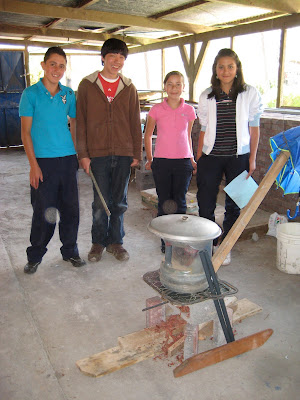